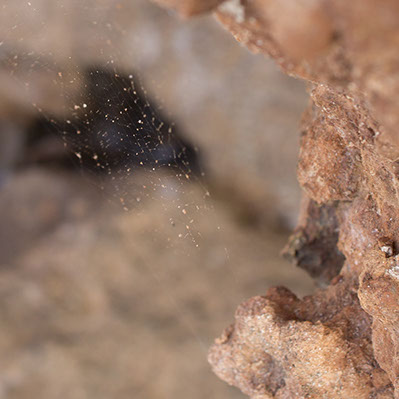 The polarities of mind and body, human and natural, normality and pathology inhabit that complex, open field with fluid boundaries that is the workings of our minds, a land that has always been explored but never definitively conquered. Memories from art or literature, symbolic or imagined suggestions and psychopathological definitions give life to the bestiary, cultivate the herbarium of somatic experiences that people recount when they fall ill. Mental distress is presented as a subjective event, the communication of an idea of illness that flows from the body, at times embracing nature.

The subtle or extra-subtle body is defined as any kind of structure beyond the body that coexists with the physical structure with which all living beings are endowed. Like a vine, this body is capable of growing within and developing into an exoskeleton, broadening the capacity of human perception into the animal, vegetable and mineral kingdoms. Similarly, developments in the field of artificial neural networks are achieving new levels of abstraction and interaction with reality. The synergistic use of these two macro-systems determines a state of self-control, insight and clarity that influences every aspect of life, from nourishment and the habitat (instantaneous becoming) to sexuality (genetic becoming). From its conception to the production and circulation, a work of art passes through similar mechanisms: in the states of vision and ecstasy, the artist’s body tests its own perceptive limits, through which he breathes life into the material. Thus, through artworks, artists work more while dead than while alive.

Valeria Brenna, psychologist and psychotherapist, works as a consultant at the Department of Mental Health, Salvini Hospital, and has a private practice in Milan. She has been working with mental distress, disorders of the perinatal period and the psychology of gender for many years.