a bed is a door

Photons work hard to get from the heart to the surface of the sun. It can take up to 160,000 years to complete the 400,000+-mile journey. And yet, once Earth- bound photons reach the surface, they travel the 93-million-mile distance to our planet in just over eight minutes. From the Earth’s surface the facilities of an energy supply company absorb − via solar panels and accumulators − the heat of the sunlight, overturning its chemical composition so to transform it into SUN PIECE INCARNATION, the stadium’s iced ground. The crystals, the drawing of agate & milk and the twelve sculptures on the stands work as a filtering system for these iced solar rays. The exhibition ADHD turns the Agor. Ice Stadium of Milan into a catalyst¹. It facilitates the acceleration of both chemical and physical processes during the incarnation of a new generation of people capable of expanding human perception and evolving our condition as human-consumers to the role of human demigods.

CHILDREN, a series of crystals resting on ice, are the scraps of a marble quarry. After being laser-etched and reinforced with enamel and glass fibers, their chemical composition defines the first filtration system for the sun’s iced rays. Each drawing, made on sudden impulse or during meditation, is the circuit of a specific frequency. Twelve sculptures in the stands incarnate the NERVOUS SYSTEM of a zodiac: every sign of the zodiac coincides and governs a precise part of an entity, which in astrology is called “zodiac body”. This gaseous presence, of which nerves emerge only in the form of massive electric shocks, is hardly noticeable, but ubiquitous and pervasive; it mediates the influence of the sky on earth and of the planets on our very nature.

We can imagine Zodiac Nervous System as an abstract anthropomorphic creature, both androgynous and animal, whose head is governed by the Aries; neck, nape and throat by Taurus; the lungs by Gemini; chest and digestive tract by Cancer; heart, solar plexus and venous circulation by Leo; stomach and belly by Virgo; kidneys and internal genital organs by Libra; external genitalia and the lower part of the digestive tract by Scorpio; thighs, liver, and pancreas from Sagittarius; knees and bones from Capricorn; legs and ankles from Aquarius; and the feet by Pisces. All of these forces converge at a point in the middle of the stadium: X. Positioned beneath a massive sound system switched off, this work is the clot of a sound – a sound so loud that, by compressing space, it becomes transformed into matter. The drawing in onyx and milk depicts a snake that is eating/regurgitating a man. It is a symbol of rebirth applicant in different cultures and eras of humankind. It can be found in the biblical text of Genesis, in the symbol of Alfa Romeo, in Mayan, Egyptian and Greek iconography, as well as in the arms of the Visconti family, today’s symbol of the city of Milan.

¹A catalyst is a chemical species which occurs during the course of chemical reaction by increasing the speed, remaining unchanged at the end of the same (a difference of the reactants, which are consumed as the reaction proceeds). The use of catalysts makes processes that would occur very slowly (eg years) to be fulfilled and are completed in a relatively short time (for example, seconds, minutes, or hours). 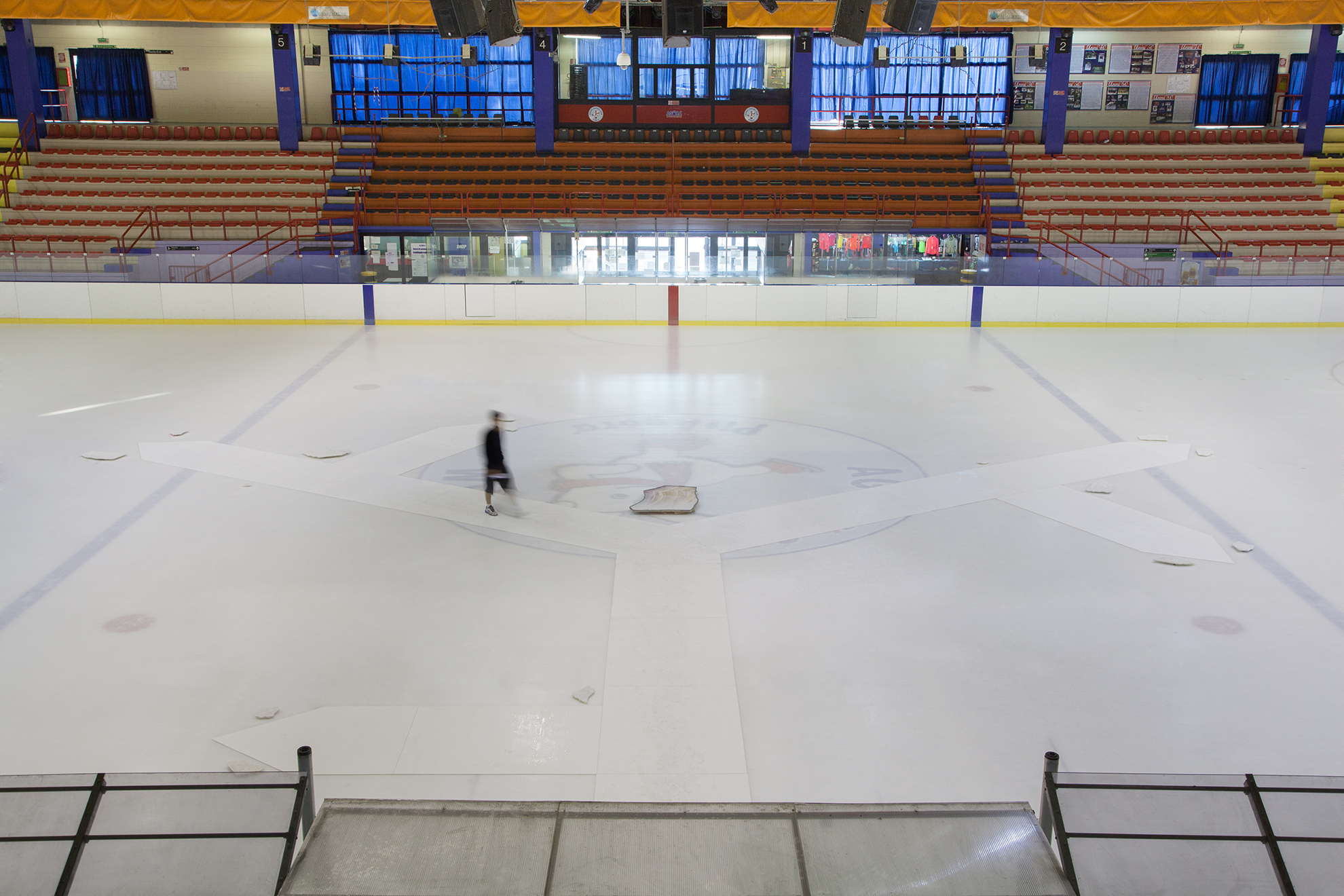 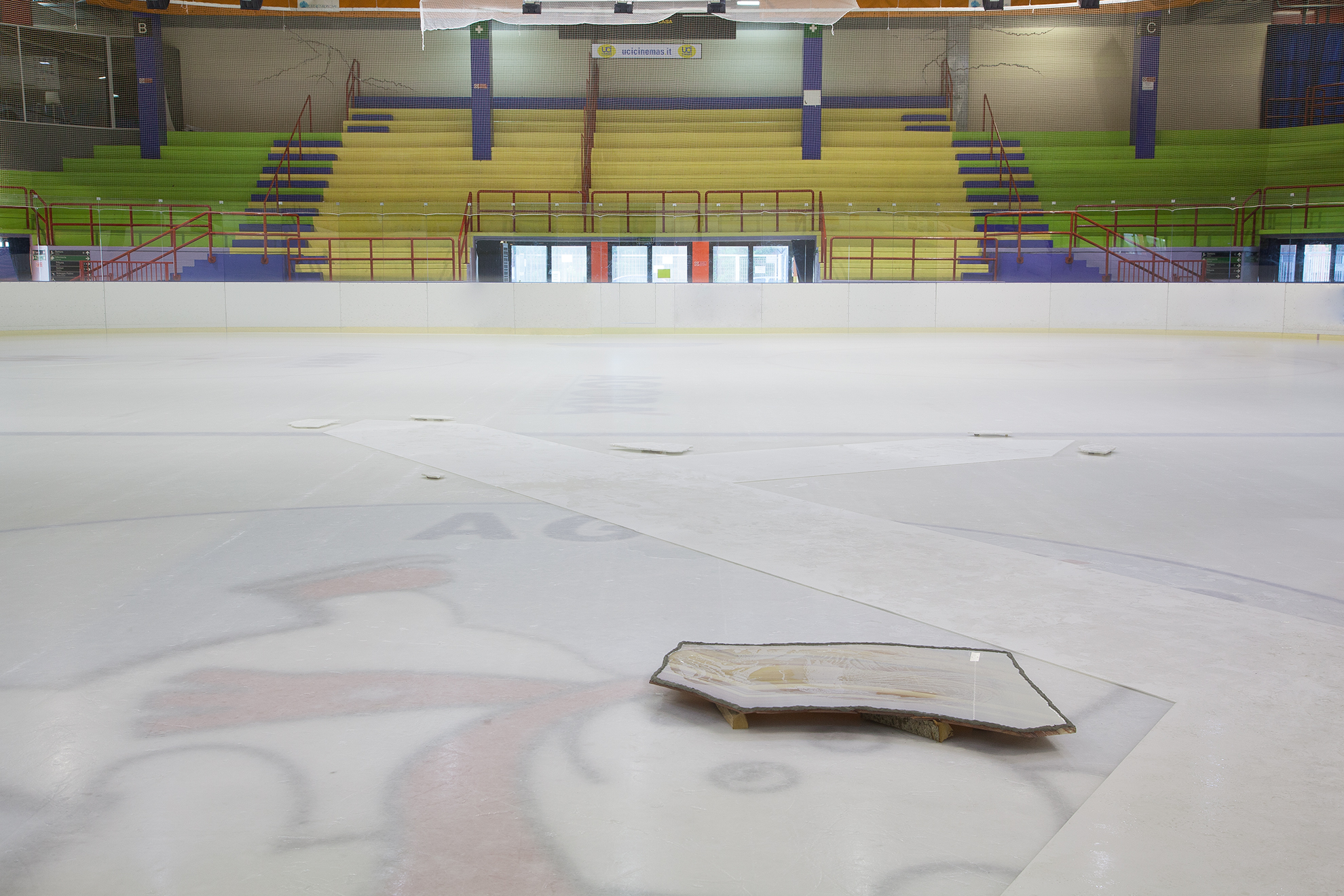 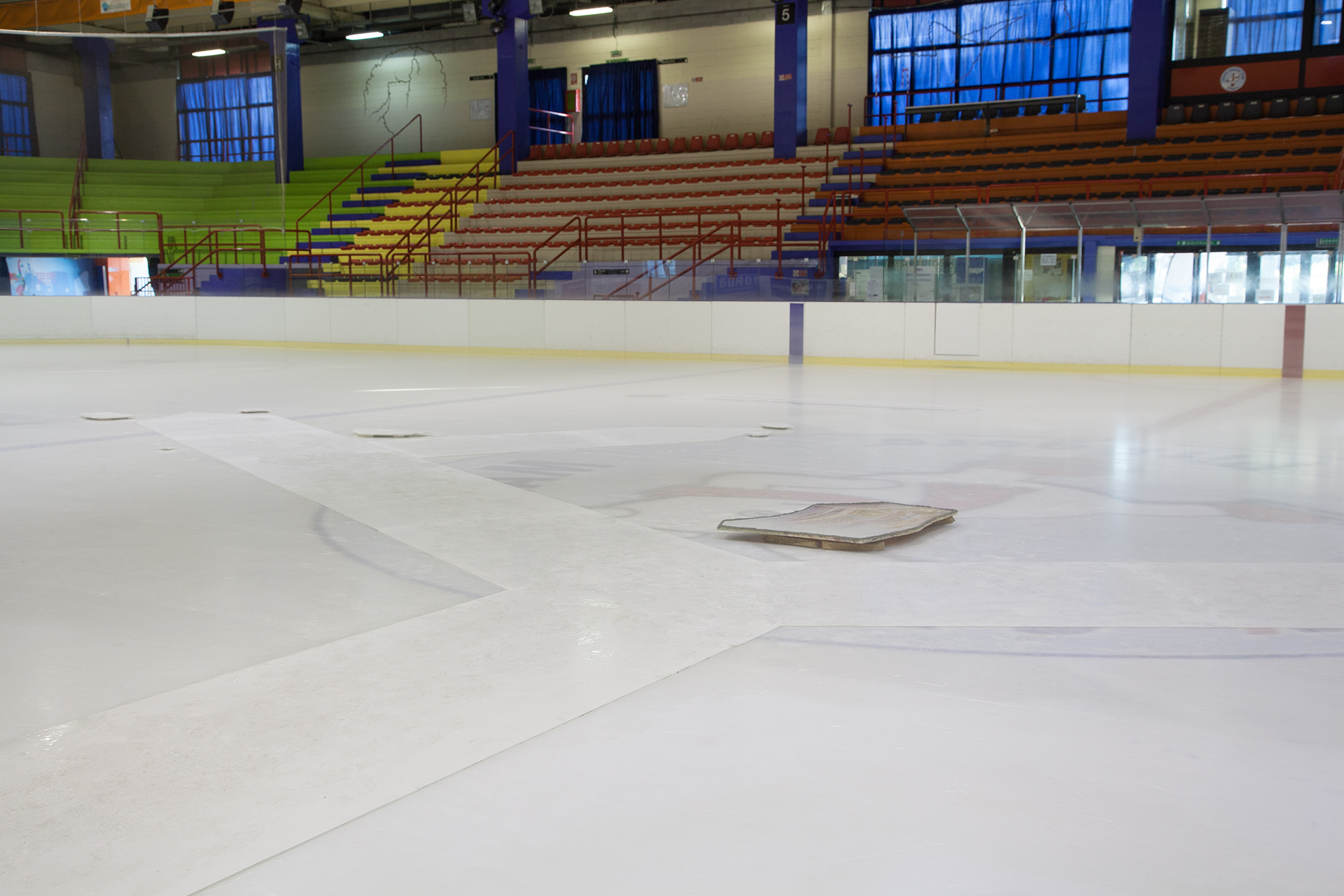 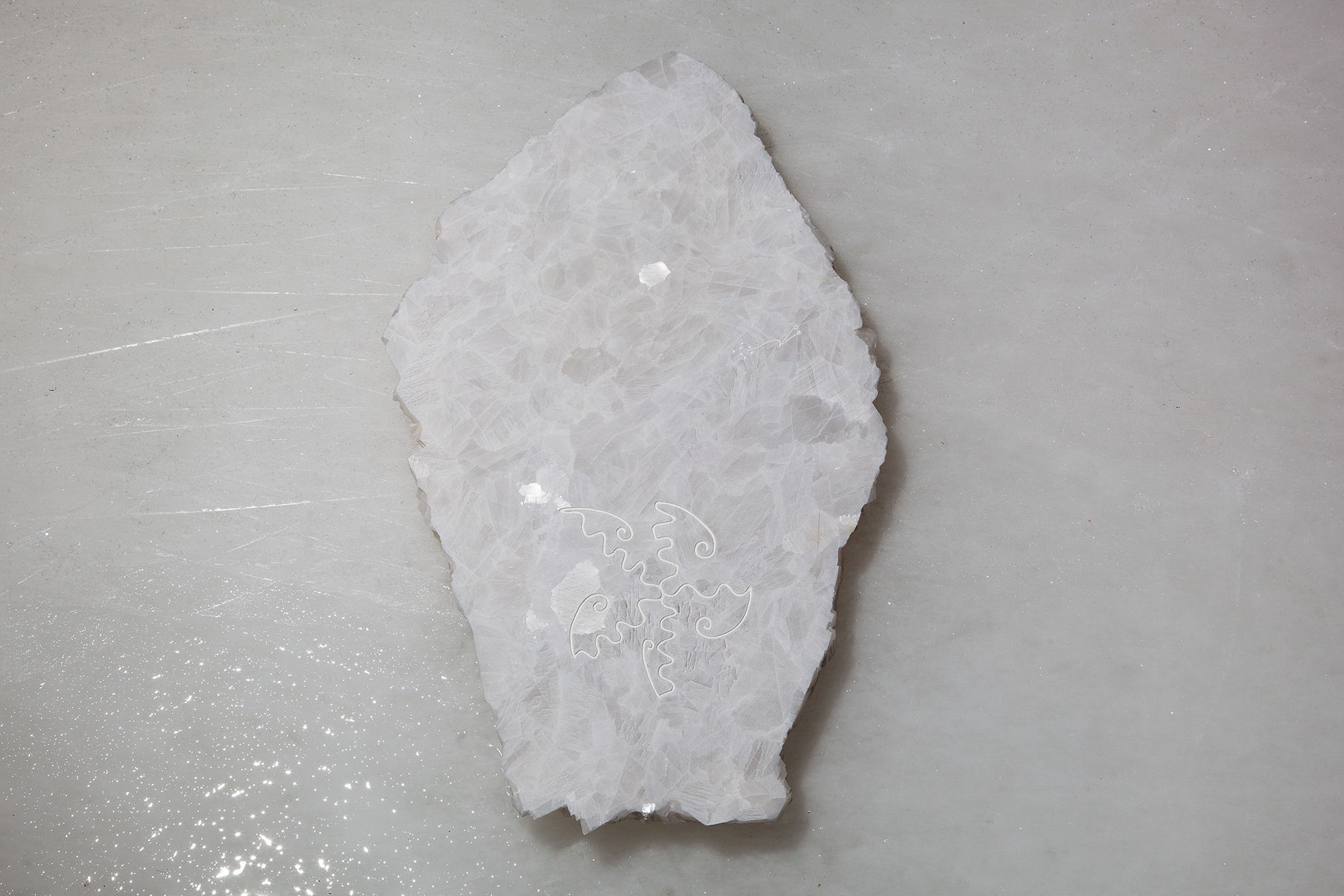 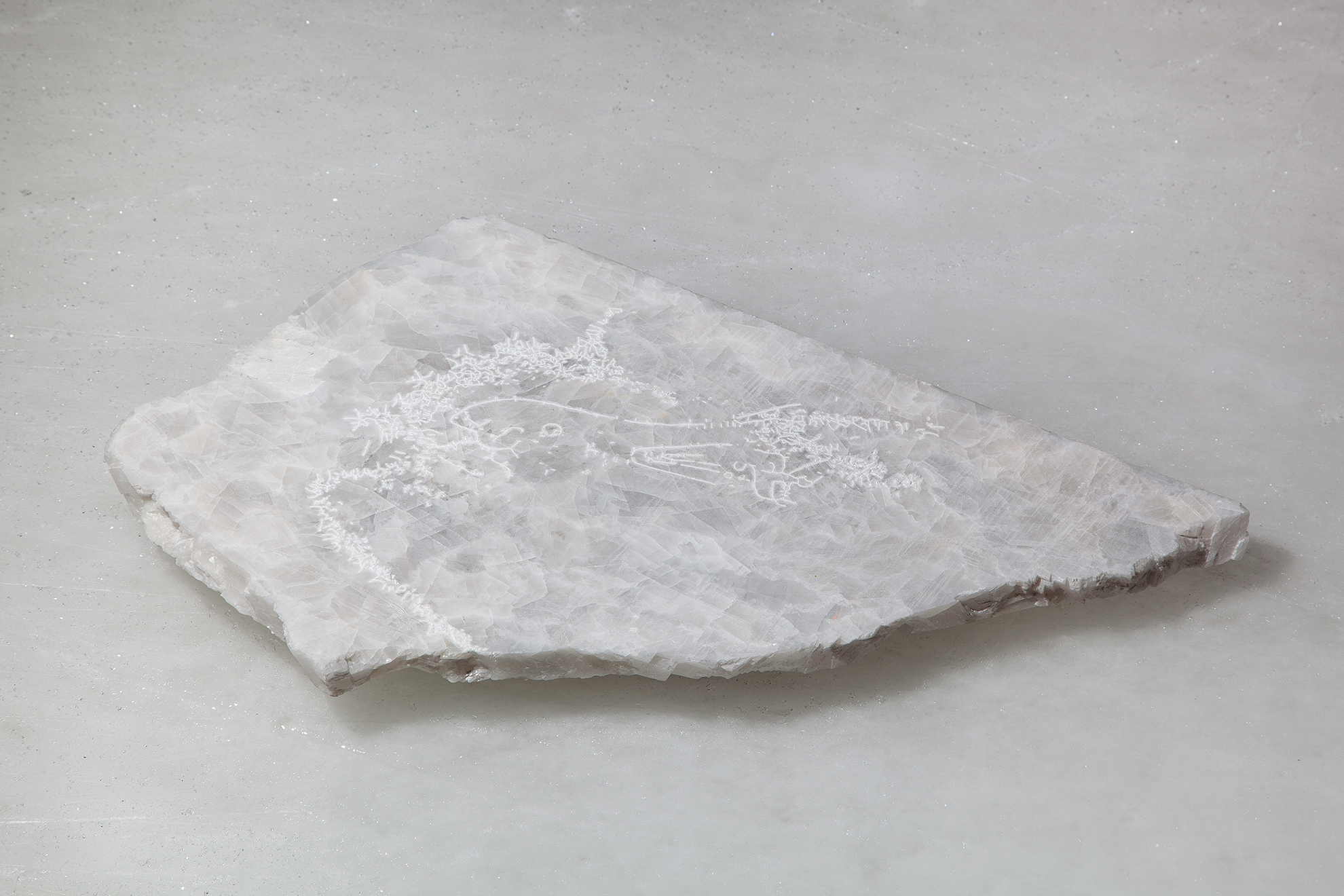 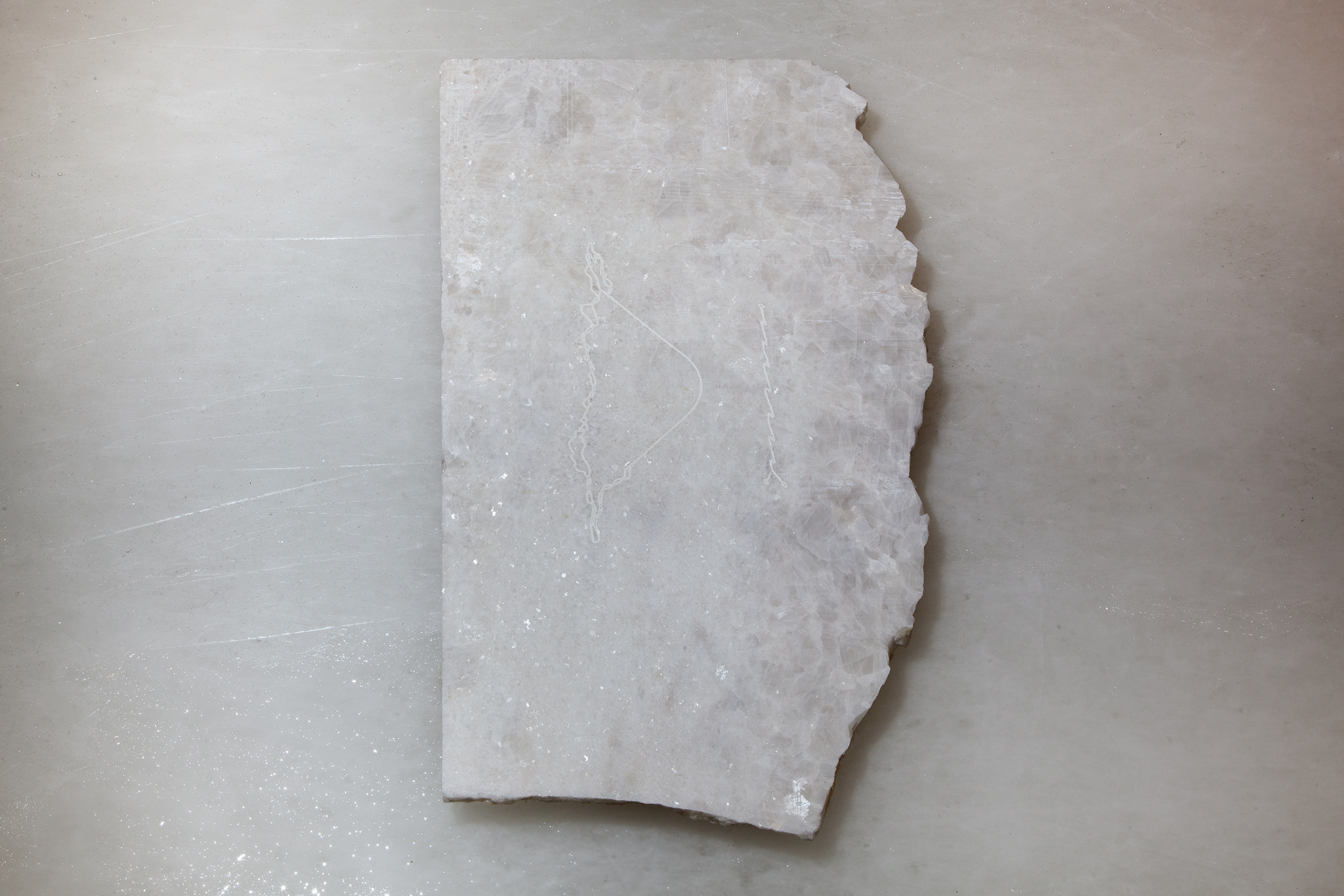 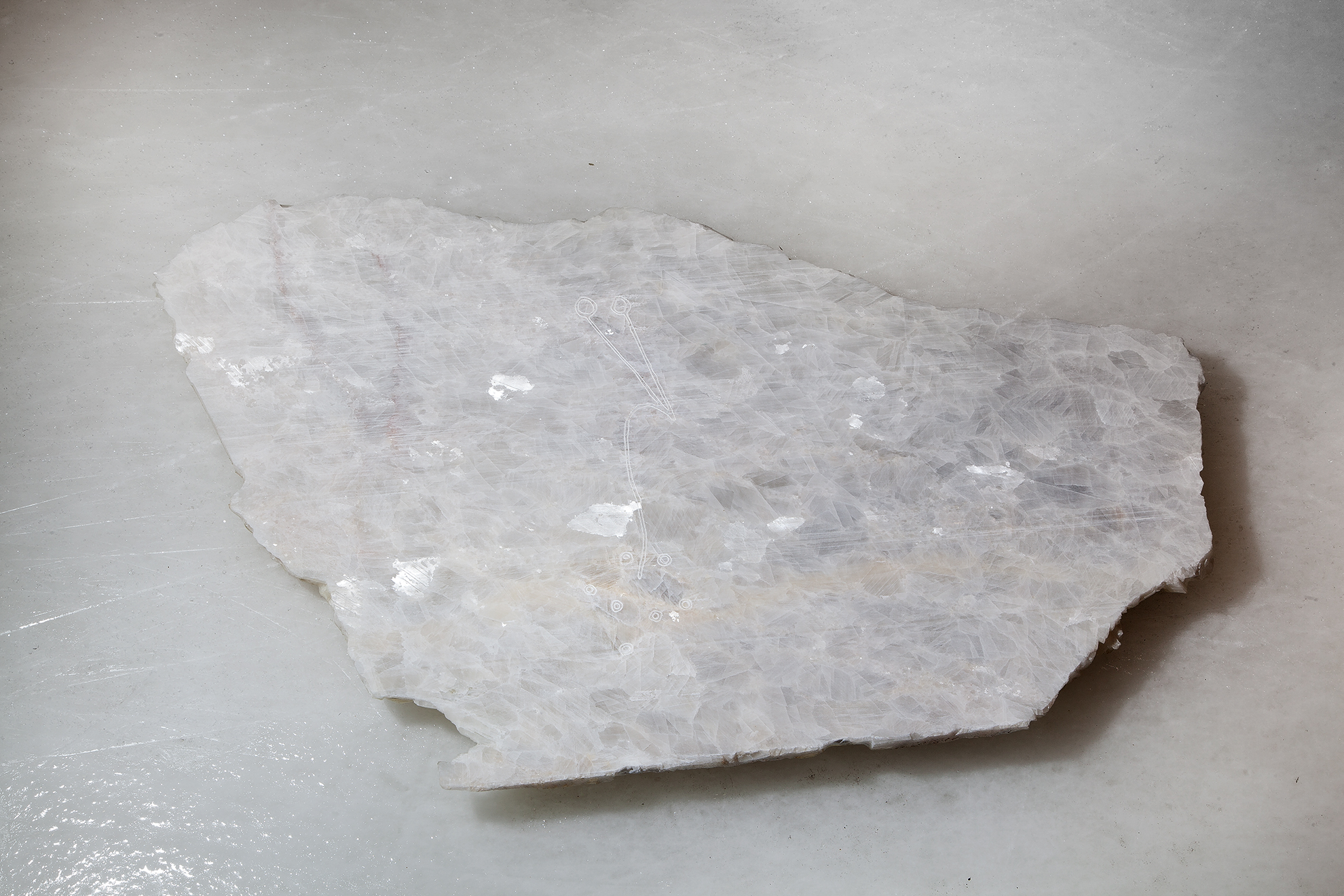 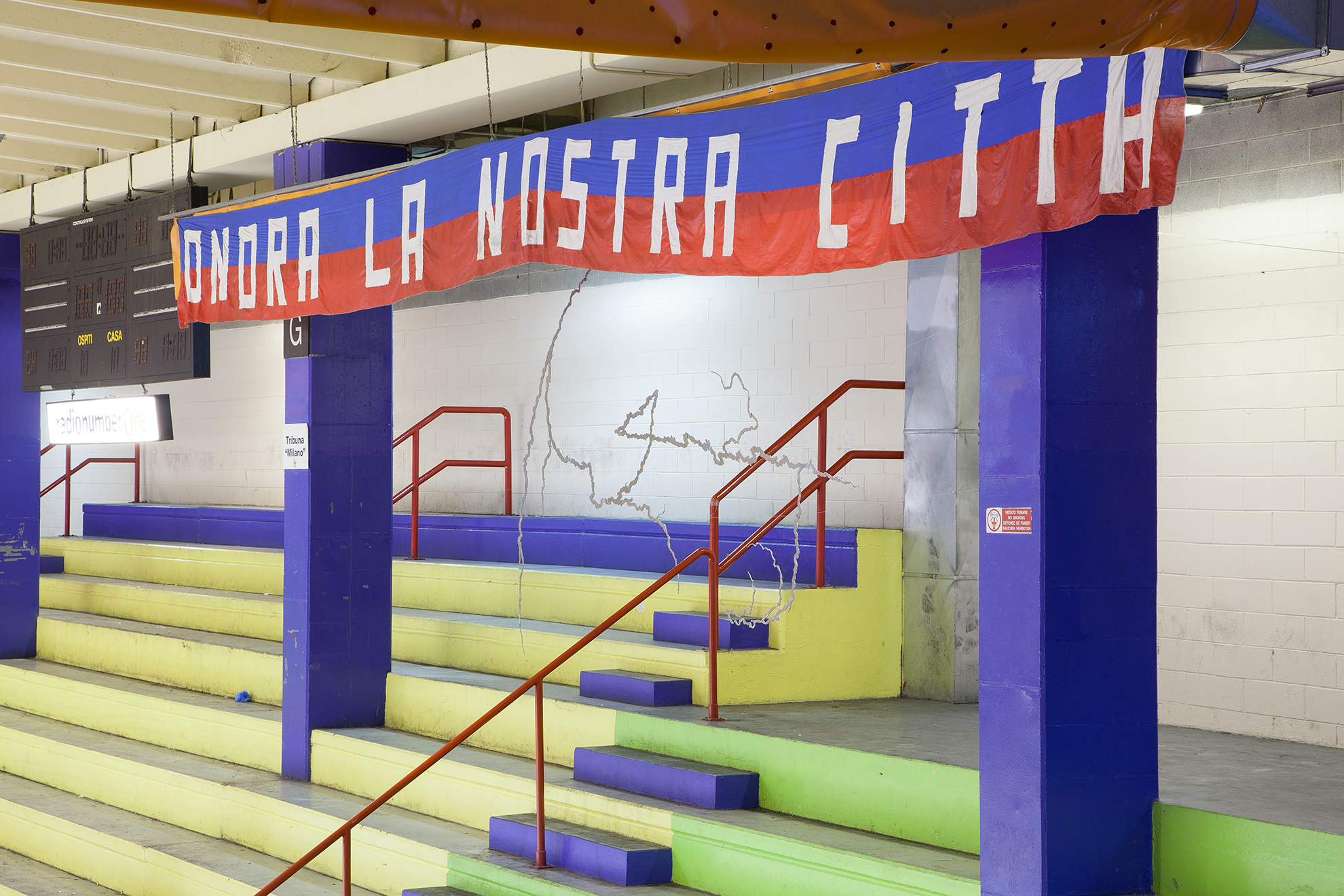 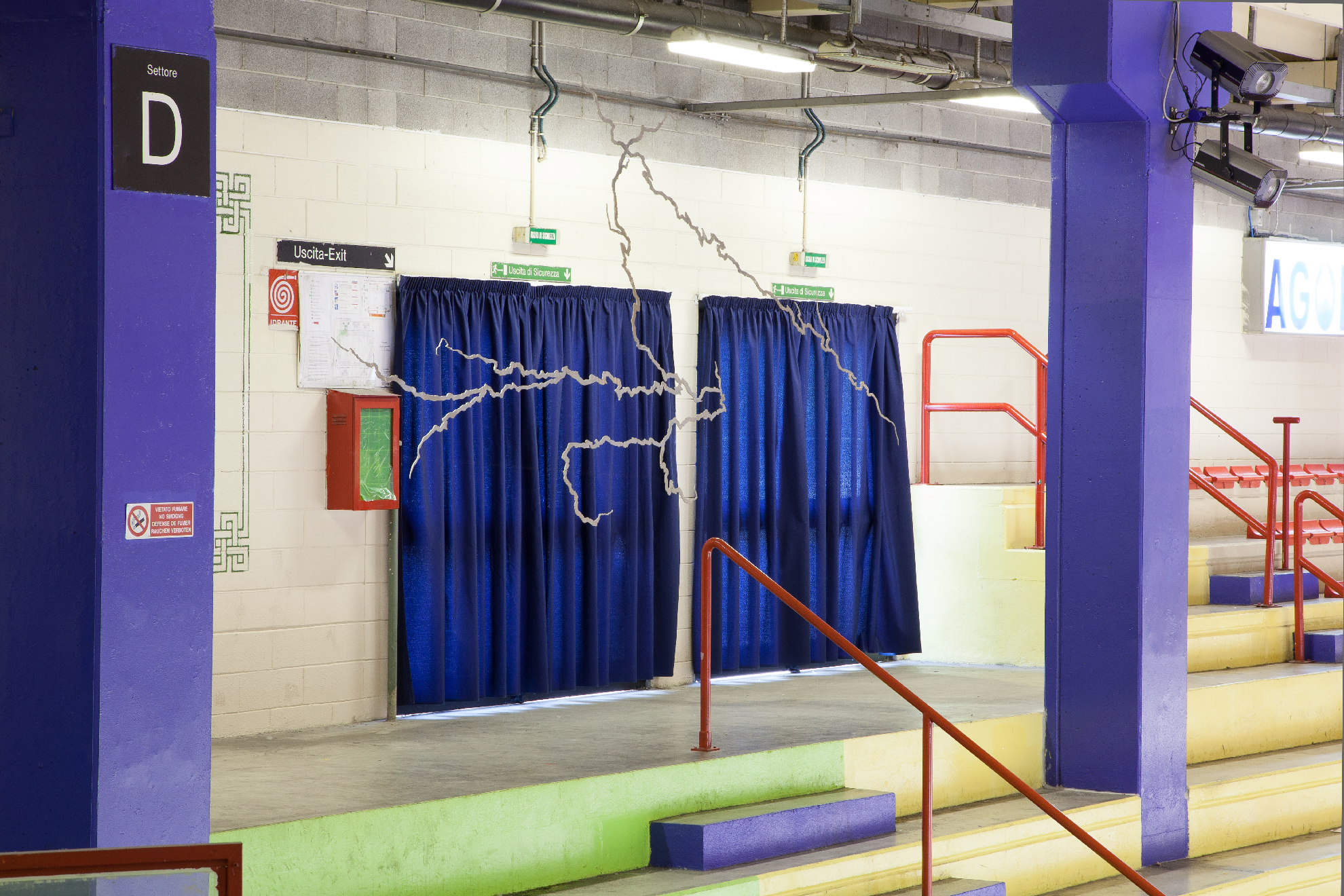 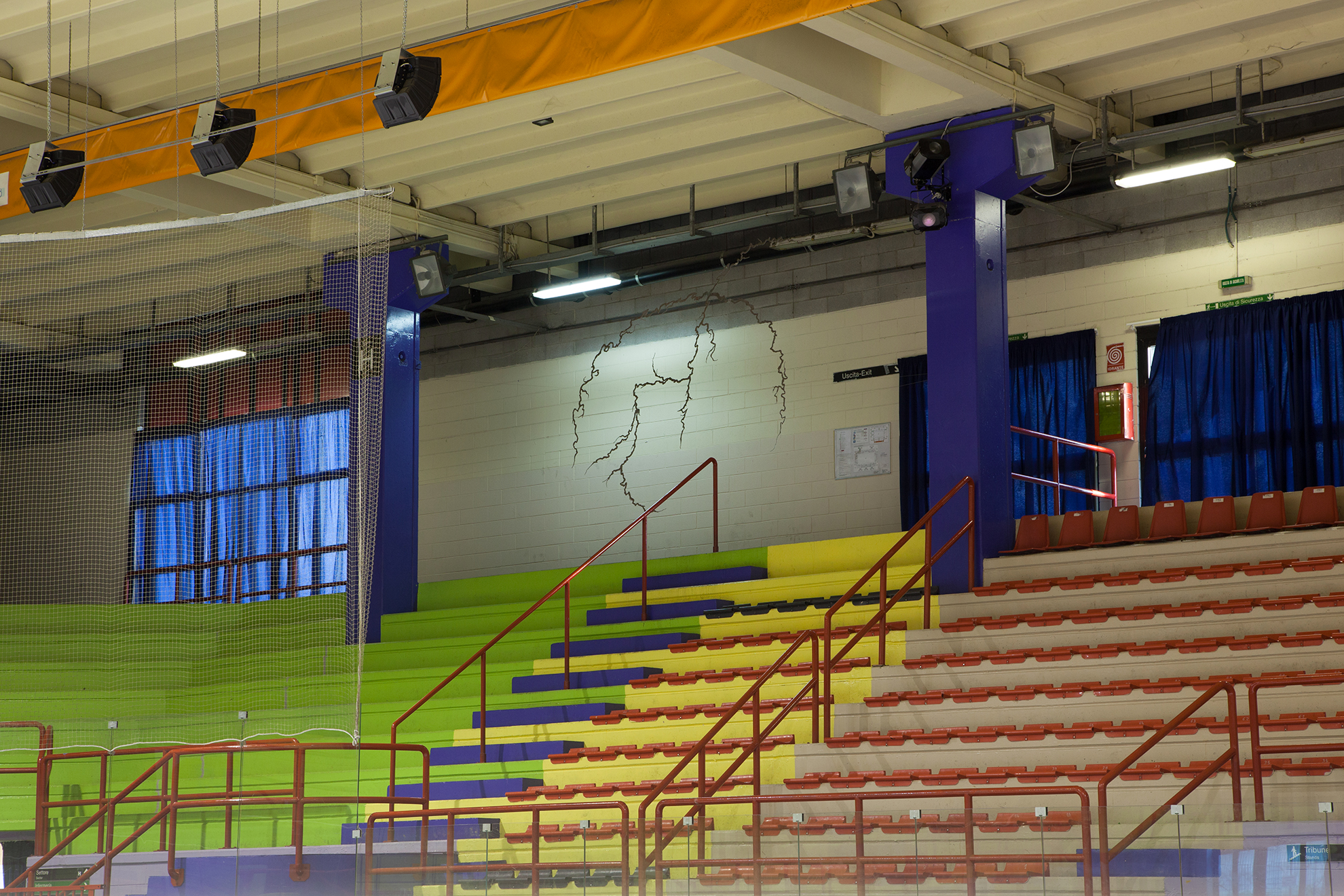 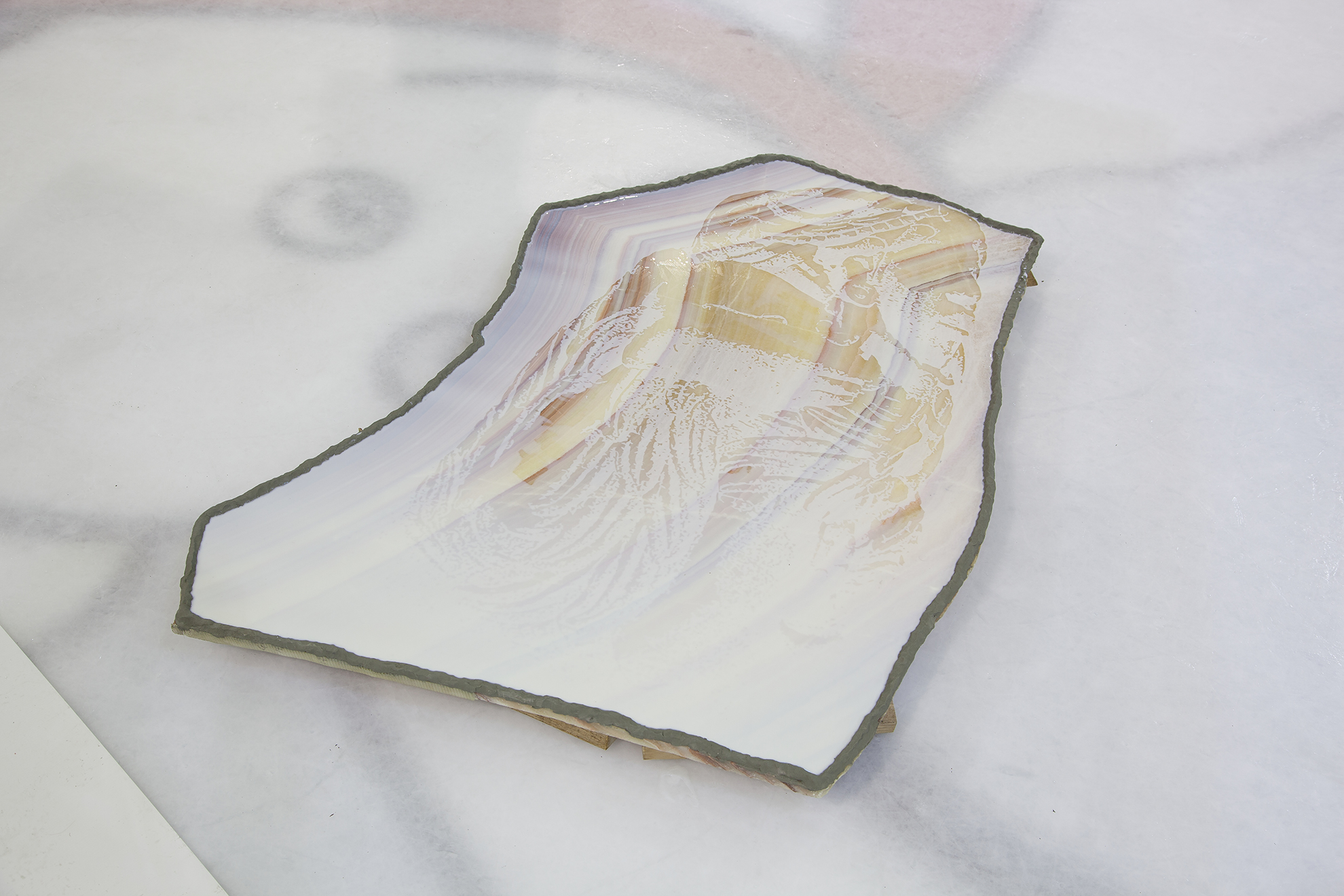 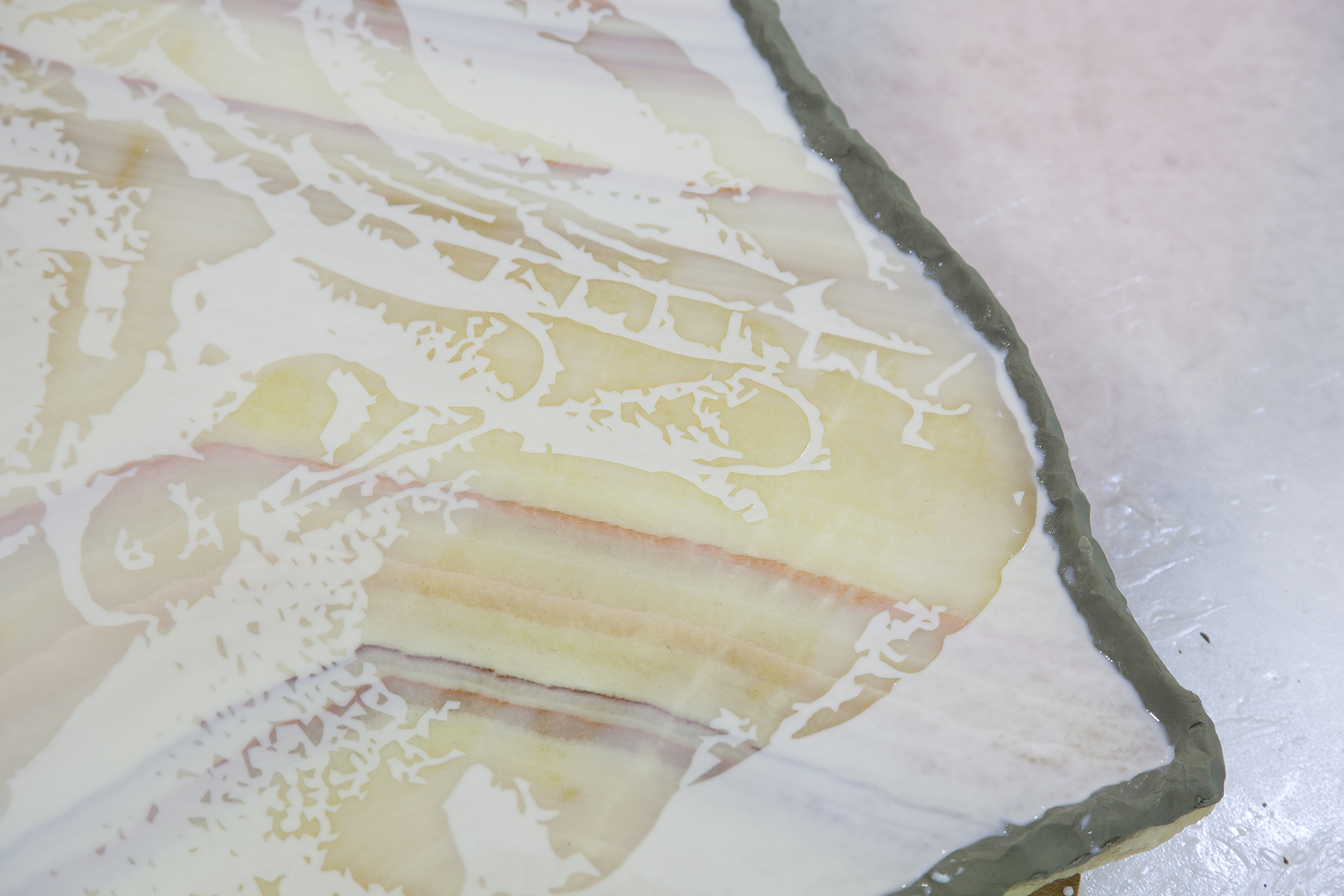